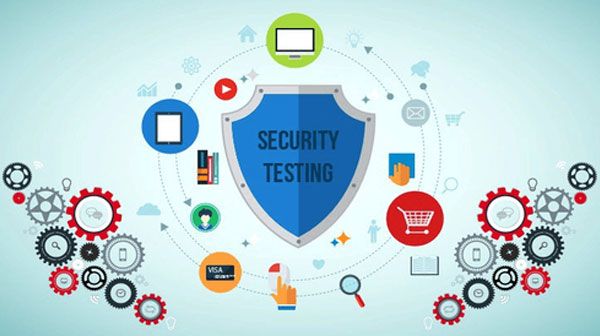 Security Testing Services: Tools & Techniques That You Should Know About

What is Security Testing in Software Testing?

Security Testing is a form of software testing that detects vulnerabilities, hazards, risks in a software application and prevents malicious attacks from intruders. Security Testing aims to locate all potential vulnerabilities and weaknesses in the software system that could result in a loss of information, income, and credibility in the hands of employees or outsiders of the Company.

The main purpose of Security Testing is to identify the threats to the system and to measure its possible weaknesses so that threats can be identified and the system does not stop working or cannot be abused. It also helps identify all potential security risks in the system and helps developers to solve problems by coding.

There are seven key forms of security testing in the Open Source Security Testing Services Methodology Manual. It is clarified as follows:

A desktop application should be safe not only in terms of its access but also in terms of the organization and storage of its data. In the same way, web applications need even more security concerning their access, as well as data protection. The web developer should have the framework resistant to SQL Injections, Brute Force Attacks, and XSS (cross-site scripting). Similarly, if the web application requires remote access points, they must also be secure.

Below are the tools of security testing:

Wireshark is a network analysis method formerly known as Ethereal. It collects packets in real-time and shows them in a human-readable format. It’s a network packet analyzer, which offers the minute details of your network protocols, decoding, packet information, etc. It’s an open-source that can be used on Linux, Windows, OS X, Solaris, NetBSD, FreeBSD, and many other systems. The information that is extracted from this tool can be accessed via a GUI or TTY TShark Utility.

W3af is an assault and audit platform for web applications. It has three types of plugins; discovery, audit, and attack that interact with each other for any weaknesses on the web, e.g. a discovery plugin in w3af searches for various URLs to test for vulnerabilities and forwards it to the audit plugin that then uses these URLs to check for vulnerabilities.

Below are the techniques of security testing:

If it is a software application or a website, ‘Roles and Rights Management’ implements access control. This is also achieved indirectly when covering features. For example, in the Hospital Management System, the receptionist is least concerned about the laboratory tests, because his role is simply to register the patients and arrange appointments with the doctors. Several user’s accounts with different and multiple functions should be generated by the tester. It can then use the application with the aid of these accounts and check that each function has access to its modules, screens, forms, and menus only. If the tester detects a discrepancy, the security problem should be logged in with full trust.

There are three facets of data protection. The first is that only the data that the user is expected to use can be accessed or used. Roles and privileges are therefore guaranteed. For example, the company’s TSR (telesales representative) can display the data on the current supply, but cannot see how much raw material was bought for development. All confidential data must be encrypted to keep it safer. Encryption should be solid, particularly for sensitive data such as user account passwords, credit card numbers, or other business-critical information.

Brute Force Assault is often achieved with certain automated methods. The idea is that by using a legitimate user ID, the program seeks to guess the associated password by attempting to log in again and again. A basic example of protection against such an attack is the suspension of accounts for a limited period, as all mailing applications such as ‘Yahoo,’ ‘Gmail’ and ‘Hotmail’ do.

Conceptually speaking, the theme of each of these hacking attempts is identical, so they are discussed together. In this method, the malicious script is used by hackers to exploit the website. There are a variety of ways to immunize against such attempts. For all input fields of the website, the length of the field should be specified small enough to limit the input of any script. Security testing is the most critical test for an application and tests whether sensitive data remains confidential. In this form of testing, the tester plays the part of the intruder and plays a role in detecting security-related bugs across the device. Security Testing in Software Engineering is very important for the safety of data by all means.