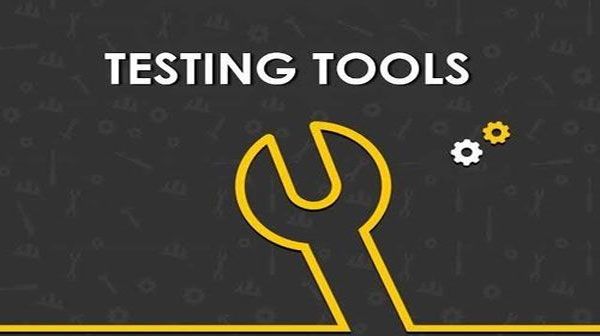 8 Software Testing Tools That Will Help Improve Your QA

On one hand where manual testing is performed by a human without the help of any tool on the software to check it’s design, functionality and performance. But it requires a lot of time and effort and is also prone to human errors. On the other hand, automation testing involves using tools, scripts and software to eliminate or reduce the human efforts and time of testing. These tools are more efficient in performing repetitive tasks during the execution of test cases and hence allows developers to focus on more important tasks.

8 Software Testing Tools That Will Help Improve Your QA

Selenium is a test automation tool used to automate browsers. It helps in automating the web applications for the testing process. Along with that, it can also automate web-based administration tasks. Selenium WebDriver is available to create browser-based regression automation suites and tests. It can be used to scale the tests and also allows the distribution of scripts across platforms. Selenium IDE can be used to create bug reproduction scripts, even scripts can be created to automate the exploratory testing. Selenium Grid is used to test the software on different environments of devices, browsers and operating systems from a central point.

TestComplete is a SmartBear product used to automate the UI testing of desktop, web and mobile applications. It has an intelligent object repository to ensure the scalability and robustness of GUI tests. Even it also helps in managing the tests. UI testing can be automated over desktop applications like .Net, Java, WPF, and Windows 10.

Appium is an open-source functionality testing tool. It provides the automation framework for testing native, hybrid, mobile and web apps. It uses WebDriver protocol to drive iOS, Android and Windows applications. The philosophy of Appium is to eliminate the needs for SDK or app recompilation for testing native apps. It allows the test to be performed using preferred tools, frameworks.

Cloudbees Jenkins is another member of this testing tools list. It is a continuous integration and delivery automation tool that provides scalable security, compliance and efficiency of Jenkins in enterprises. Jenkins plugin can be easily installed to automatically analyze the Jenkins environment. These plugins will help in identifying potential issues and the team is notified through email with the detailed advisory report. Cloudbees also helps in learning Jenkins and Cloudbees CI through its world-class hands-on training.

Docker is a container management tool that helps in accelerating the build, sharing and running of modern applications by making the development efficient and predictable. Docker eliminates the repetitive, mundane configuration tasks and can be used throughout the Lifecycle for making the application development fast, easy and portable. The end of end platforms like UIs, CLIs, APIs and security are made capable to work together across the entire software delivery lifecycle.

Docker images can be used to develop unique applications and developers can integrate their favourite tools into the development lifecycle. Docker packages the application in the form of portable container images to be able to run on any environment.

Kobiton is another member of this list of software testing tools used for functional, visual and performance testing on real devices within the developer’s IDE. It detects any cross-platform issue in the application. It supports both manual and automated testing. Its scriptless automation solution helps in increasing the release rate.

Session explorers can be used to have an instant zoom in to a test failure. Along with that, continuous testing can be integrated into the DevOps CI/CD processes. With Kobiton it’s easy to execute regression tests and monitor key performance metrics, hence making the release process quicker.

Apache JMeter is an open-source performance testing tool. It simulates a heavy load on the server to evaluate its performance under different load types. It allows fast test plan recording, building and debugging with its full-featured Test IDE. The command-line mode can be used to load tests from an OS compatible with Java, like Linux, Windows, Mac OSX, etc.

Apache JMeter also provides a dynamic HTML report of the load and performance test, along with caching and offline analysis of test results. Its core is highly extensible with a pluggable sampler to perform unlimited testing. Even it is also possible to provide dynamic inputs to a test or manipulate the data.

Spira Test is the last member in this list of testing tools used to test management, requirements and bug tracking. It allows the creation and execution of tests from a central platform either manually or automated. The detailed bug report allows the analysis of the software and tests at a glance. Kobiton makes it easy to create, edit and run test cases.

Tests can be mapped to requirements for tracking test coverage. Exploratory, automated and manual tests can be managed using the global scheduling feature. It allows the tracking of bugs, enhancements, risks and other issues. Its personalized dashboard contains real-time charts and customizable reports.

This testing tools list can help you find the necessary tools for your testing needs. Software testing tools can be very useful in making the testing process more effective and efficient.