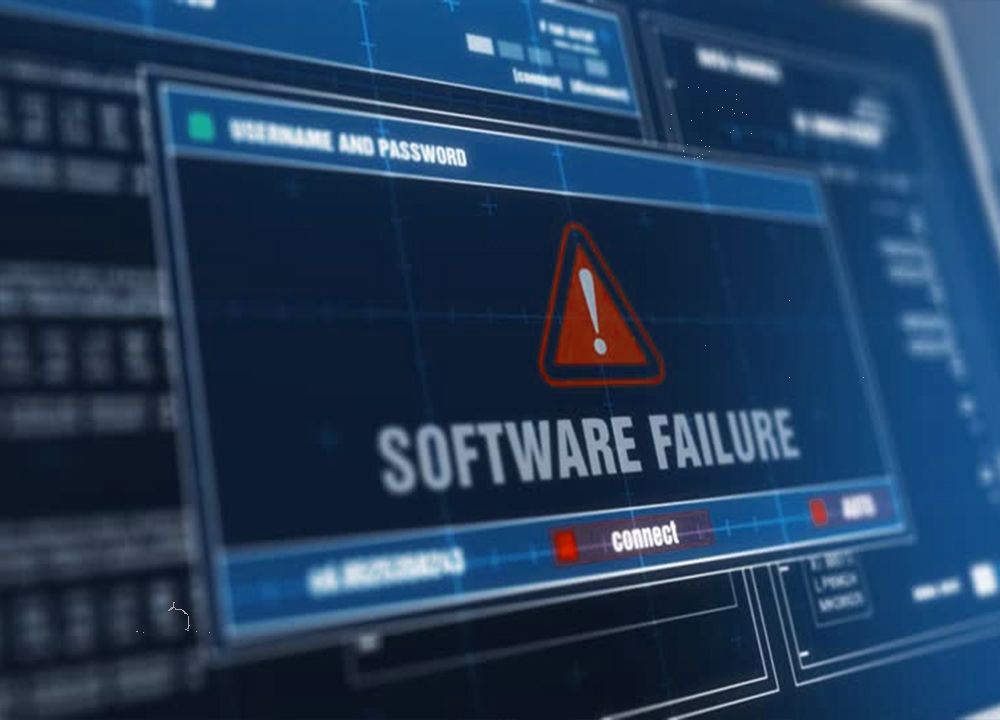 Disaster is an understatement to any brand/organization/institution that has suffered losses due to an overtly minor but disastrous software failure. Although technology and creative applications have empowered brands, several disabling instances have been reported by businesses.

This is a list of software glitches/technical issues witnessed by brands and companies across a wide range of industries. Please note that the numbers 1-10 do not indicate a high or low impact of the software development failures on the brand/business.

Among the latest infringements of data, on 22 September 2016, Yahoo confirmed a breach of data that disclosed approximately 500 million certificates dating back to four years. It is regarded to be one of the largest credential leaks in 2016. The company claims that this was a state-sponsored violation, where the individual conducted the entire hack on behalf of the government. It also advised users to update their passwords and security issues.

As a relief to users, Yahoo reported that confidential financial data such as bank accounts and passwords were not stolen as part of the infringement.

The software update for the Nest’s smart thermostat (owned by Google) went wrong and left users in the cold. When the software update went wrong, it forced the battery out of the unit, which contributed to a drop in temperature. As a result, consumers were unable to heat their homes or use any facilities.

One of the famous software failure examples. HSBC experienced a big IT outage in January 2016 and millions of bank customers were unable to access online accounts. The bank took almost two days to recover and get back to normal service. The Chief Operating Officer of HSBC (COO) claimed that this was the result of a ‘unique technological problem’ within internal systems.

An error that happened in December 2015 resulted in more than 3,200 US prisoners being released before their announced date of release. The software was developed to track the actions of prisoners and was released in 2002. The problem has been around for about 13 years and an average inmate has been released almost 49 days in advance.

Chips are like brains for any electronic device. In 1994, Pentium, the leading company of the CPU, found that their chip simply could not perform its math. Pentium tried and checked to figure out that no matter what program improvements you make, the results were the same with all combinations. The issue was a defective math co-processor recognized as a floating-point machine. If the floating-point unit had access to any empty cells in the algorithms, it would display zero answers instead of real calculations. The company was fortunate to discover the flaw at an early stage before it delivered the chips to its customers.

A recent malware assault, WannaCry was a global cyber attack targeting co-operators running Microsoft Windows operating systems. Assault encrypted files on PC hard drives that made them unavailable to users. The attackers asked for a bitcoin ransom to decrypt the data on your device. The assault was kept under control on May 14, 2017, when network engineer Diaries Huss posted a malware named ‘kill switch’ that ultimately halted the spread of the virus. However, later the maker of WannaCry revised his ransomware to keep the malware unchanged.

On April 23, 2017, the world’s largest digital currency, Bitcoin, crashed due to what seemed to be a storage leak. Also, the software bug results in duplication of effort, with wrong actors leveraging policy bugs. Although most Bitcoin owners support a rise in block sizes, the fact cannot be ignored that Bitcoin seems very susceptible to software bugs and attacks that need to be changed for sure. In the end, it was all just scripts, so bugs would be discovered and patched. This is not going to be a concern until the bugs are reasonably harmless.

The software errors that occurred due to a minor punch card is known to be one of the most costly failures in history. In 1962, the software bug; let Mariner kill 1 spacecraft even before it could finish its task on Venus. Just moments before the satellite could take off, the onboard steering antenna failed, which hampered the spacecraft’s steering radar backup system. However, it was later found that there were slight errors in the guidance system program that contributed to this enormous loss.

On 11 December 1999, NASA launched the Mars Climate Orbiter to research climate and surface change. The ground-based software team created the production of non-SI units (pound-seconds) rather than metric units that uncompensated and unconverted the units that caused the thrusters to be efficient to restrict the orbiter. As a result, the orbiter reached the Mars atmosphere at a wrong angle rather than approaching the orbit of the planets. It was the responsibility of the engineers to verify the compatibility of the computer program.

The Morris worm was one of the first worms to be inserted into computer systems to be harmless. The software was created by Robert Tappan Morris, a student at Cornell University. The worm has spread through thousands of machines, almost crashing systems due to coding errors. In no time did the news make the headline. The washing up of this mess had reached as high as $100 million. Morris believed that the worm would help boost the security features of the machine, which it did not do.

Today, advances in information technology have immense resources to bring down any sort of software bug that might impact our everyday lives. But learning from history means holding a check on the program and checking it to perfection with the aid of a well-established software testing company so that you don’t experience any failure.