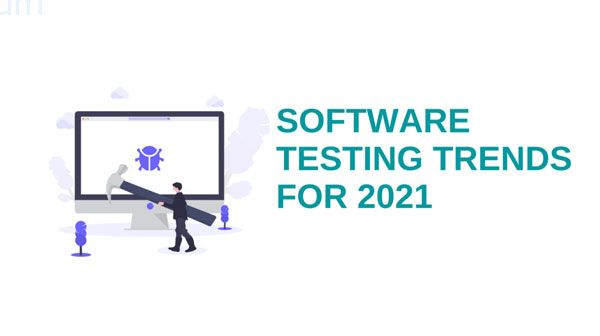 What is the latest technology trends in software testing? In terms of app testing, the year 2020 had a lot to bring. Artificial Intelligence, together with automation, was indeed a popular trend this year. As the cycle continues to 2022, new verticals have emerged. The requirement of improving quality software has already moved technology assessments to a new degree.

This article will discuss some of the top software testing trends that we look forward to in the year 2022.

Test automation with fast web development has been on the rise. Manual checking alone is not essential for fulfilling the modern production software requirements. Leading IT upcoming technologies in software testing businesses are following new trends in scriptless test automation for improving their test scalability. It lets app testers and developers automatically run their test cases without any coding care. These businesses have achieved rapid performance and decreased test automation time. Many IT businesses look forward to incorporating this into their operation.

During automation, there was another growing trend among software testing enthusiasts. As the title implies, Robotic process automation includes artificial intelligence (AI), cognitive computing, and the Internet of Things or IoT. This process has redefined the industry. The RPA for self-driving cars has already been established, and a standard for future market operations has already been developed. Automation of the robotics process is undoubtedly something that we have to pursue in 2022.

Computer testing isn’t successful without manual testing. Certain aspects cannot be solved by automation testing. Automation and the need for emerging software testing trends have grown in recent years. Automation significantly enhances software testing’s security and speed, but it cannot encompass multiple factors such as accessibility, user interface, or architecture. The equilibrium in a software development process between both manual and automated testing is the future of testing.

The use of APIs (application programming interfaces) is increasing day after day due to the rapid growth in applications and web creation micro-service architecture. It is found in almost all other components. The client-server development is increasing, and the test team must ensure that these APIs coordinate well and function independently with each other. Test automation at the API and service level will expand as we move to 2022 to make this phase more effective.

In software testing and quality assurance(QA), data plays an important role. New frameworks of algorithms make the test method more reliable. One of the innovations of emerging software testing trends is the need for more and more forms of data collection. Test teams are also looking for ways for effectively processing data and verifying data according to numerous parameters, such as accuracy, specificity, authenticity, replication, and exhaustiveness. The usage of more and more data leads to the advancement of product quality and will certainly grow in 2022.

Quality assessments are far different than normal tests. In addition to writing scripts for both features and functionality of the job, teams now need to see the project as a whole by securing its protection, functionality, and efficiency. For ensuring the compatibility of apps on all platforms and in countries with poor network connections, low software efficiency greatly affects the brand and customer satisfaction. Besides this, performance testing guarantees consistency and quick application delivery.

A Quality Test Center has teams for developing a reusable research system and criteria to be adopted by companies. It leads to the construction of high-quality applications for the long term and enhances the overall phase of software creation. The introduction of these facilities would also lead to decreased testing time without compromising the product’s consistency, reliability, and efficiency. It will also allow for effective test automation and establish versatile quality assurance requirements for new developments.

The new digital world does have its challenges, which include cyber-attacks and risks. The young generation relies too heavily on digital living, and security testing becomes highly essential. The product, networks, and systems must be well defended from cyber threats and various risks. In 2022, there will also be healthy programming practices. Whether from the end of the user or the server, cyber-attacks can occur in any form. Security checking has also become a standard – not just for transaction and money processes, but also for their end-users safety.

With recent technical growth, the Internet of Things(IoT) is on the rise. The IoT should enable testers to test and analyze all risks and hazards posed by an IoT instrument. Easier processes should be built to reproduce and mitigate problems easily. The IoT testing will concentrate mainly on protection, accessibility, compatibility of software, data integrity, performance, and scalability. According to a study, IoT development would increase considerably, as will the experiments’ version. In 2022, IoT testing should not be neglected.

This trend doesn’t require much explanation. The usage of mobile devices and applications is booming. Millions of different smartphone applications are listed in numerous operating system play stores. More and more upcoming technologies in software testing have been developed that can satisfy multiple consumer requirements. An end-to-end test is necessary. The automation trend in mobile app testing thus continues until 2022.

The processes of software development have changed, and so does each person involved in the process. The role of the QA or software testing device is not restricted to testing now. Each aspect of software development includes testers. QAOps is a practice that brings developers, testers, and operating teams together. Continuous testing is integrated with DevOps. The two fundamental elements of QAOps are testing enhancement improves the CI/CD and testers/QA pipeline working in conjunction with the Dev team. The company is leaning more and more toward DevOps, QAOps is growing by 2022.

In software development processes, testing methods play an important role. Testors and QAs, therefore, need access and edit the program source code. Adaptation will help teams work effectively, build a seamless learning curve for new test users, and more specifically respond to the project’s needs. The use of open-source resources is expected to grow in 2022 for app testing. It would strengthen the personalization, creativity, and exploration in research. The Robotium, Cyprus, and JMeter should be used in any top software testing trends in 2022.

In 2020, almost everything became progressively reliant on technology, so the cloud platform has enticed many organizations. Many IT companies use cloud platforms to achieve simplicity, scalability, and reliability in vast numbers. The way servers being used has shifted more and more using virtualization and cloud. It has alleviated the bottleneck that is an issue for some time for apportioning servers and configuring them. Infrastructure management technology of the next decade has reshaped the architecture management process.

More and more IT industries have begun the procedure of penetration testing. Penetration checking helps in identifying flaws in the software before it is released on the market. It also deals with APIs, microservices, and backend software for penetration tests. Security vulnerabilities must be reduced and begin to be resolved by 2022.

In the software development industry, Agile & DevOps are hot topics. For app testing, most companies use Agile and DevOps. DevOps uses the CI/CI guidelines to test and distribute applications easily. After verification of work, the test team will validate and install the construction at various production stages. In 2022 it will begin with growing numbers of organizations.