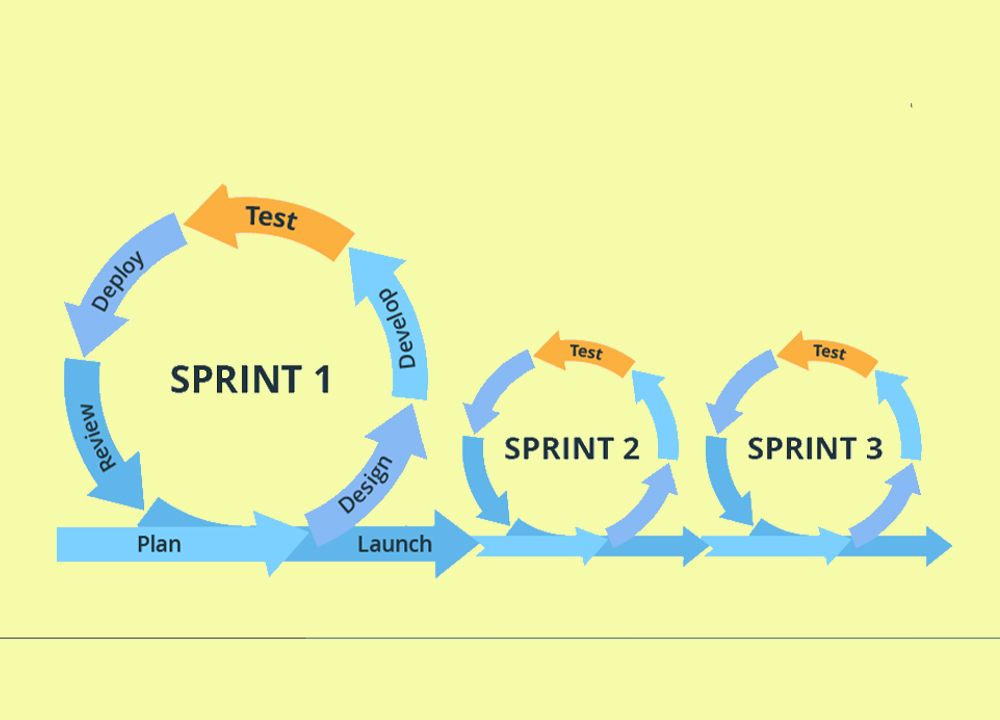 The agile development process in which software development is divided into many small life cycles involves frequent changes in the software with the change in requirements.It is necessary to ensure that these changes are not breaking any current functionality or bring any loophole in the current workflow of the software. Regression testing in agile is a kind of software testing in which the already tested program is tested again after the modification to detects any defects introduced in the software due to the changes made in the program.

This testing is done by re-executing the test to assure that the changes made in the software are not affecting the already working components of the software. After any changes are made in the program, regression testing is must to evaluate the compatibility of the new code with the existing one.It assures to the development team that the existing functionality is working in the desired way after modifications as before modification. And the alteration has not led to any side-effect.

Depending upon the phase when the testing is being performed the regression testing are of different types:

Unit testing is performed automatically whenever a change is committed in the program. Test cases are written to check if the modified unit is good to go for integration with the existing code and if it requires any changes. It helps in keeping the program clean and simple.

Progressive testing is done when changes are made in the specifications or requirements of the software and when any new test case is added.

In this testing, instead of implementing all the test cases every time, specific test cases are selected based on the functionality or attributes they cover. It helps in reducing the time and efforts of the testing.

This type of testing is very time-consuming as it involves the implementation of all the tests cases. It is not at all recommended if the modifications are done are small as it will test all the components of the software that might not be having any effect of the changes. It is very costly, time-consuming and efforts demanding to execute all the test cases.

Complete testing is performed to test the whole application when multiple changes are done. It helps in identifying the unexpected bugs in the software.

Since in agile development process the regression testing is required to perform before every deployment very frequently. So manual testing is not an efficient and viable option in the present fast-evolving world. So automated testing should be enabled to perform regression testing after every change in the software. Test cases should be designed to trigger automatically whenever any change us detected to ensure the efficient working of the software and always deployment ready. These tests help in the recognition of the new defects as soon as they are occurred by implementing a large number of test cases very difficult to perform manually each time.

1. It is very exhausting and irritating to test those components of the software that are already been tested and deployed in the past. Hence sometimes considered as the drain of resources. Software regression testing is a time consuming and expensive process so the Quality assurance team is required to ensure that each test cases are performed within a certain time frame and the amount of money assigned for it.

2. Since the functionality and the features are continuously added to the software so it becomes necessary to regularly add appropriate test cases to test new features and their effect on others. It leads to a large number of test cases to perform which are hard to organize. Because of this, the important test cases might be ignored. So the regression suite should be periodically checked to fulfil testing requirements and removal of duplicate tests to prevent unnecessary wastage of time and efforts.

3. It is hard to explain the details of the regression testing to the business people of the software who invest a certain amount of money to keep the software working properly.

1. Regression testing in an agile environment should be scheduled at different stages in the software development life cycle.

2. Test management tools should be used to organize the test cases as it is a tedious task to manually keep track of test cases and their performance. The tool will automatically manage the tests performed on the software and will save a lot of time and effort.

3. The test cases can be organized into various categories so that it is easy to understand them which functionality they test or the amount of time it takes to perform them. It helps in the regression test plans for implementation on the software.

4. The test cases should be designed to include as many test cases in them so that their chances to affect the product at the customer end reduces.

5. Test implementation should be prioritized sensibly as per the testing needs rather than letting any test case to implement without any strategy. Software regression testing keeps in reducing the backlogs of defects in the software occurred due to changes.