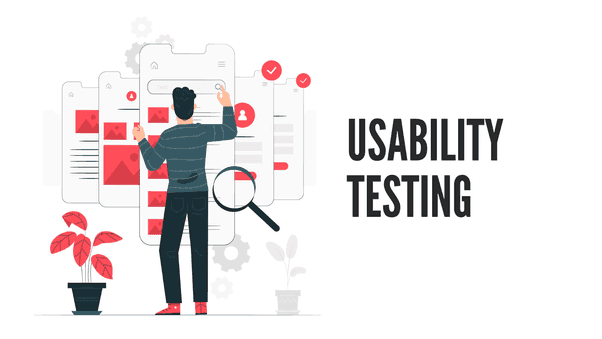 All You Need to Know About Software Usability Testing

In the current world, there is a huge demand for new applications and software, because they help in bringing ease to the life of its users and provide some services that are very useful to them. But what will happen if software developed after months of hard work, is not usable by the end-user. There is no use of software that cannot be operated by the user, conveniently or if a user finds it hard to understand the application. Nowadays, enterprises want to develop software solutions that can be used by as many users as possible, even users with some disabilities. So it becomes very necessary to test the usability of software before the final product is ready to go live and Software Usability Testing is one of the ways of doing it.

What is Software Usability Testing?

Usability testing is a type of software testing that evaluates ‘ how easy it is to use the application?’. This testing is generally performed by the real users to get their feedback on the application that ‘whether it is serving the purpose of its development or not?’. Software is usable if the users can use all the features available in it. Software Usability testing provides the development team with an opportunity to listen to the user for what they think about the build, do they feel satisfied with the application. The main focus of the test is on finding out, ‘if the software developed is good enough to be used by the end-users.

Along with that, it also tests for the understandability of the features available in the application by the users. The language of the application should be clear enough to the user. The user should not feel confused or felt lost while operating the software, because it adversely affects the overall user experience and quality of the software. The Software Usability testing helps in evaluating the usefulness, findability, accessibility, usability and desirability of an application under development.

Below are the benefits of software usability testing:

1. Usability testing gives an idea about ‘how a user will be able to perform a particular action successfully.

2. It also helps in recognizing the areas in the software that needs correction for a better end-user experience.

3. It also gives information on the time taken by the application to perform a certain task.

4. A major advantage of usability testing is that it tells the team that ‘ whether the end-user is satisfied with the product or not?’, based on their feedback.

6. Even it also helps in resolving the internal issues within the team. Sometimes the team members are not able to get convinced on a particular idea and usability testing passes the decision to the end-users. Because ultimately the product is being developed for them and nobody knows better than them than what they need.

7. Issues in the software are exposed before the product is released to the market.

1. An application is developed to get used by users and it is necessary to ensure that all the users can use the software conveniently.

2. It also helps in identifying the changes in the user’s behavior.

3. It also prevents the wastage of time and efforts of the team by discovering the defects in the design and development at the earlier stage of development, so that corrective measures can be taken.

Criteria to Evaluate the Usability of an Application

1. An application is considered to have better usability if the user can easily understand and learn ‘how to use it?’.

2. A usable application should be easy to access for the end-users.

3. The language used in the product should be easy to understand for users of all types, so that everyone can use the software, from a user with average vocabulary to a user with very good vocabulary.

4. The look of the software should be attractive and it should motivate the user to operate it.

5. Messages should be displayed at various places to guide the user in performing the desired task.

6. Along with that, a usable application tells the user when something wrong has been done by the user through error messages.

How to Perform Usability Testing?

1. Most of the users like all the features that are important or used frequently by them to be present right in front of them, so it is a good practice to place these features on the left bar or the top navigation bar.

2. A user might feel frustrated after performing the same set of actions again and again to perform a task that has to be accessed very frequently. So it’s better if the users can access important features just after one or two clicks.

3. It should also be checked that the User Interface of the software complies with the GUI standards set by the operating systems. Ignorance of this may lead to inconsistency or improper behavior of application for users accessing it on different platforms like UI elements are not visible on the screen the way they should.

4. All the elements like text fields, text areas, button, drop-down list, popups should be displayed as per these standards.

5. It should also be checked that ‘whether the user can navigate between pages easily or not?’.

User testing services for software can be of two types:

1. The usability testing can be performed by qualified test engineers who possess enough domain knowledge and experience to understand ‘how the software will be used by the end-users?’ and find out the usability issues in the software.

2. The usability testing is also performed by the end-user. It is done by giving them an ordinary task to perform on the application.

Software Usability testing allows the development team to find out the issues in the software that can impact its usability and productivity. The issues discovered can be resolved by the development team, so that the final product is ready to provide a seamless user experience.