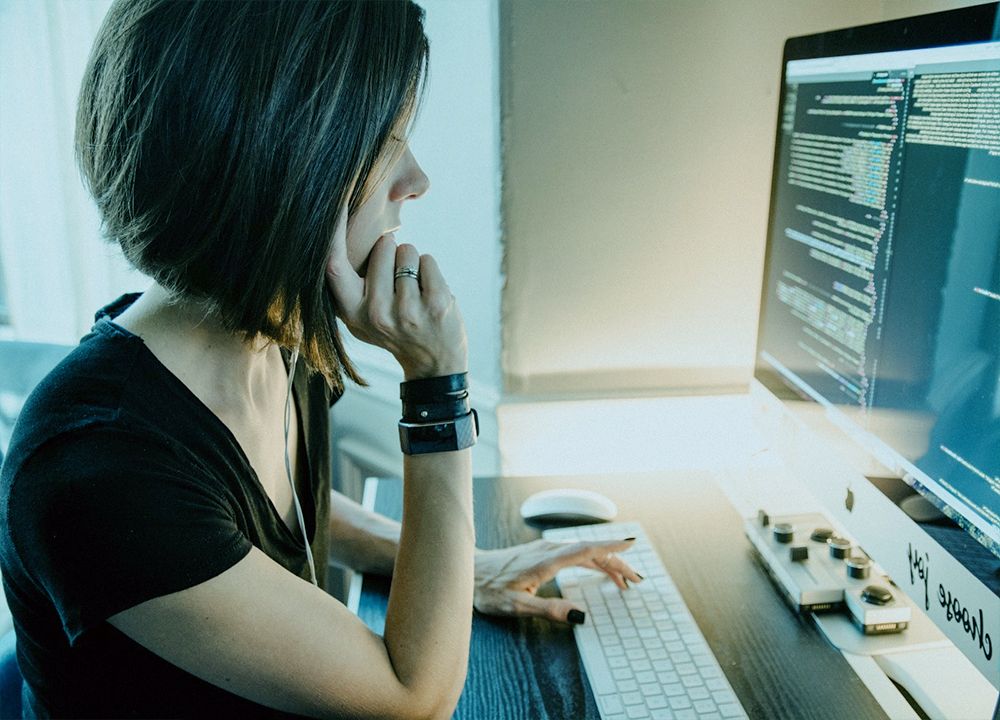 The 11 Strangest Misconceptions About Software For Testing!

Importance of software for testing

If you are reading this article, then there’s a great chance that you are either working as a software tester or intend to. Congratulations and sorry for you. Why should I be sorry for you? Because this is far from being the easiest job in the world and you probably have to defend your positions and ideas almost every day, due to strange misconceptions about software testing.

However, if you’re passionate about your job, then I’m sure that it’s a kind of pleasure to discuss it, a discussion with people having a different point of view and explain to them why you can congratulate yourself on making a good choice with this activity.

What is meant by software testing?

What are the types of software testing?

Is software testing a good career?

What are the basics of software testing?

Misconceptions about software for testing

So what are the misunderstandings on Software for testing, that you may have to address?

The most common misconceptions about software for testing are testers are breaking product and software. This is a saying from M. Bolton is, Of course, correct, testers are not the ones who break the product: instead, they did something the developer did not expect just by using it and try to repeal the illusion that everything works fine.

The truth is far from this: testers do testing to check and evaluate the odds and evens and try to the unknowns. If testers break something while testing they have to gather pieces of information possible( screenshots, logs, reproducing the environment involved, etc.) as their job is not to break but provide actual information to stakeholders about the product.

Don’t have tech skills enough to be a developer

One of the strangest misconceptions about software for testing is the idea is one that sets my teeth on edge. As that has seemed common in the field of organizations recruiting individuals for testing that does not have prior experience in this field. However, the testing is a specialized process and unskilled individuals may not efficiently perform it, as it needs different methodologies in software testing. We have known testers who couldn’t code or don’t have deep technical skills. But we have also known some testers who could put outcode and arguably include in reproducing a difficult error and being able to understand and read error code.

A tester uses their skills to analyze the compatibility for the performance of the solution presented to them. They identify the gaps or areas that don’t seem to meet the expectation of the solution. They have to use every tool that seeks out potential risks and surprises. Whereas developers are primary problem-solvers, and testers are primary problem-finders. And it’s not the matter that testers have less – or more – technical skills than developers do. But the real thing that matters is their skills for the tasks they need to perform.

Testing is all about the entirety

“Program testing can be used to show the presence of bugs, but never to show their absence” — Edsger Dijkstra

Testing is all about testing the system completely. This is another one of the most common misconceptions about software for testing. I think this quote is the perfect answer to this misconception. It’s not possible to test everything as if it has been done. Besides this, there are several other issues that could affect too many combinations of data sets, user inputs, program paths as well as the hardware or the software on which it is being tested and the product runs.

Complete testing takes a reasonable amount of time and it could be expensive for the effort equivalent to the cost involved in development. So it’s a myth of zero-defect software. The testing of software could help in delivering a reliable performance without serious bugs that could affect its usability, security and the objective of software testing is complete.

Testers involve only in post-development

This is the biggest myth and misconceptions about software for testing. If it’s a reality, the project could face a huge dilemma. Involving QA at a later stage can be a big risk to the quality and the schedule of the project delivery. Testers need an equal time as developers. You can understand it by the requirements, analyze gaps, prepare their deliverables, and execute tests. It involves testers at the later stage of the project, then they rely on the developer’s understanding and follow it while testing the product. Instead, a testing team must have their understanding, analysis, and involvement from the beginning. This will help the QA team to test better and produce good results but also provide better quality.

Testing is clicking at random places

Another misconception about software for testing is just clicking on UI randomly and tracing details in excel. In reality, the testers perform very well-defined test measures to assure that the UI or the app is working in unusual cases. So, it’s the imagination that counts. Since a user does not follow the number of actions to navigate the website/App, the same works for testers. So only testers know that there is a method to this madness.

So considering one to be inferior or superior is not the best attitude and e\we must not encourage this culture like it is.

I had a colleague at my office in India, where he handles a module in a project. He had 3 offshore resources reporting to him. Whenever he makes test plans, he always takes into consideration only 3 people for the test design and execution.

When this came up in an audit meeting and he was asked why he was not counting himself (my colleague) to be involved in test design and execution activities, his answer puzzled many of us. He thinks that as a test lead, his responsibility is to write test cases and execute them and he thinks those activities are ‘lowly’ and that he would only coordinate the process.

What followed in the meeting is not relevant to us, but “the reality is that the industry standard for coordination efforts is just 10%” according to Harvard Business Review.

Whereas the test lead is also always a part of the QA team, which makes a lead responsible for contributing to the testing activities. Agreed, there are other tasks as well.

So, QA lead’s bandwidth should engage in a small percentage of the activities.

Testing is all about writing test cases

You only have to scroll through job board listings to see this one is implemented. Position after position will have descriptions referencing to writing test cases and/or performing them. It’s thought senior testers write test cases, whereas junior testers perform them. It’s enough to make your eyes cross.

In truth, test cases are much less important to testing than creativity, communication, and curiosity.

These three traits are essential to testing. Test cases are not characteristic of a good tester as long as they do some documentation of what they test and what is not, and why not? An agile team will have no difficulty producing the high quality, well-tested code. We can do this in highly regulated industries that need heavy documentation, but a smart and creative tester can do with screenshots to deal with as much of the review and administrative requirements as possible, and use a capture tool to document exploratory sessions.

It’s a lot harder to measure these skills than it is to measure test cases written and performed, which just might explain the persistence of test cases throughout the software testing community.

This misconception signifies that testers can control the quality of the code that developers write along with the release schedule of the software and everything in between.

We’ll admit that sometimes we wish for a world like that, but we’ve never met a developer who wants to produce bad code. Usually, they try to do the best they can, and just like testers, they struggle with complex legacy code, unclear requirements and other problems that impact the quality of their work.

Whereas the Truth lies behind that, tester can’t be everywhere, know everything, or do everything. It’s not about a one-person software show where they can control everything from start to finish.

We should fix there many factors that go into deciding whether or not to release or even. Tester’s role isn’t to stand in front of the source control repository, refusing to let anything through that doesn’t meet their standards.

Whereas their work is to report on what they see and give an estimation of the risks involved in the possible courses of action.

Anyone can anything from coding to playing the guitar or be a manager and CEO, etc. But as everything needs experience, practicing, and learning testing does need the same. To be a really good tester needs a specific mindset. Though the testers work to close with the developers but too far from the real users, they advocate what is the best behaviour of the product/software and continuously stick to the position to provide a good future for the product and users.

They also need to handle any emotional involvement when issues are classified as “working as expected” because the code dictates the behaviour.

“Pretty good testing is easy to do (that’s partly why some people like to say ‘testing is dead’ — they think testing isn’t needed as a special focus because they note that anyone can find at least some bugs some of the time). Excellent testing is quite hard to do.” — James Bach

To put it in a nutshell, everyone can not be a good tester. But, they should know the software testing definition.

The product is driven by organizations such as the need to be first to market, extremely pressuring the speed of development. Once the project schedules slip, testing time gets squeezed the foremost. There is advancement in software development platforms on the behalf of software testing tools and available as open-source/freeware, which considerably facilitates in speeding up the development. Besides, software development methodologies like agile. However, traditional testing ways like manual or automation haven’t enhanced the pace of a similar to the advances. This ends up with the thought that testing slows down the process, as it hasn’t rushed up the development process over time.