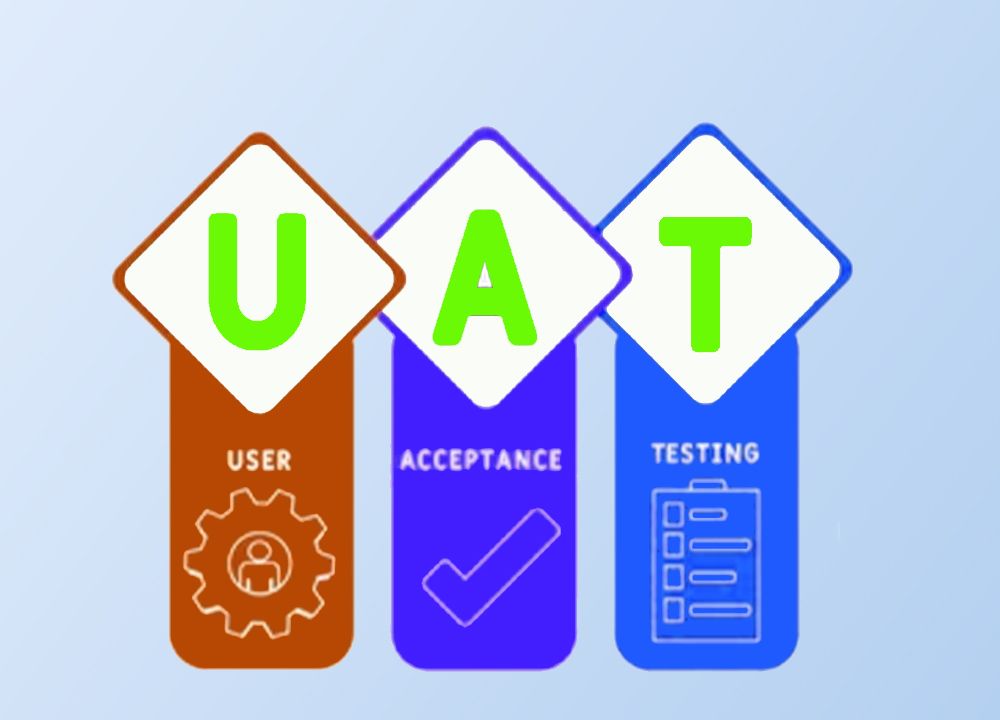 User Acceptance Testing: Everything You Need To Know About UAT Testing

What are the different levels of testing?

Below are the different levels of testing:

Unit testing aims to verify each component of the program by isolating it and then performing tests to show that each component is right in terms of fulfilling requirements and desired functionality. In the earliest stages of the development process, this type of testing is carried out, and in many cases, it is done by the developers themselves before handing over the product to the testing team.

Integration testing aims to test various parts of the system in combination to determine whether they function together correctly. Some defects in the way they work together can be detected by evaluating the units in groups. There are several ways of checking how various device components work at their interface; either a bottom-up or a top-down integration approach may be implemented by testers.

Device testing is the next phase of testing. As the name suggests, all the software components are evaluated as a whole to ensure that the final product meets the defined specifications. System testing is a very critical phase because the program is nearly ready to be delivered and can be tested in an environment that is very similar to what once it is deployed the consumer would experience.

Finally, acceptance testing is the step in the process of software testing where the green light is given to a product or not. The purpose of this form of testing is to determine whether the device meets the specifications of the end-user and whether it is ready for deployment. A variety of tools, such as pre-written scenarios and test cases, will be used by the testing team to test the program and use the results obtained from these instruments to find ways to develop the system. The last stage of the method of evaluating software is known as UAT. This UAT process plays a significant and critical role as it affirms whether or not all business criteria were met before the actual product was released.

What is UAT Testing?

Besides, the definition of UAT testing may also be specified as the user methodology where the developed software is tested by the business user to validate whether the software operates following the defined specifications. This form of testing is often referred to as beta testing, application testing, or end-user testing more broadly. Until preparing to release the program into the market, the UAT testing phase is taken up. This phase ensures whether, according to the functional requirements specified by the product owner, the program is complete or not.

The product owner needs to take up this phase because of many post-release problems, some companies incur major losses. This process is generally taken up as the last stage in which expected users or rather the client verifies whether there is the functionality as described in the user story or specifications documents. In particular, the UAT process is introduced with a separate UAT test plan and in a separate testing environment that usually enables production-like data set up to make the established software easily understood by the customer/end-user.

Why is UAT critical for your company in testing?

UAT is a vital step for the company owner / intended consumer/product owner/customer/stakeholder to have a first-hand understanding of the creation of software/products. Before it is finally transported to the production area, the business user verifies and validates the built software system. Business analyst, QA leader or Test Manager, specifications specialist (if any), and business or product owner are the various stakeholders involved in the UAT testing process.

UAT testing primarily determines whether the built framework can be used successfully to support the day-to-day activities of the organization and functions as set out in the user stories. The product owner usually verifies whether the solution runs in full swing without any flaws and checks whether or not it meets their needs. If any bugs are detected, then they should be patched and re-tested by the QA team. Therefore, when companies appear to suffer substantial losses if post-production problems arise, it is an important move for software product growth.

What are the advantages for companies of UAT testing?

For user acceptance testing, there are many UAT testing tools used in the market and some are listed for reference:

This is a Java tool used as an engine for testing. The production of tests and recording of results in a table is simple. Tool users enter the formatted input, and tests are automatically generated. Then the tests are performed and the output is returned to the user.

It is a set of tools used during user acceptance testing to simplify browser-based tests. Ruby is the programming language used by Ruby and Internet Explorer for network communication.

Why Is User Acceptance Testing Important?

After the acceptance testing is needed, once a program goes through a unit, integration, and system review. Build an application or write code using documentation of the specifications. There could be a situation that the software generated by going through an SRS document is not according to the customer; the software is lacking what the customer needs. The explanation for this may be that changes in specifications may not be communicated easily during a project.

To beat the market, businesses need better software along with faster launches today. Software testing is an integral component of software product creation and the company or the product owner can essentially take up User Acceptance testing or UAT testing.