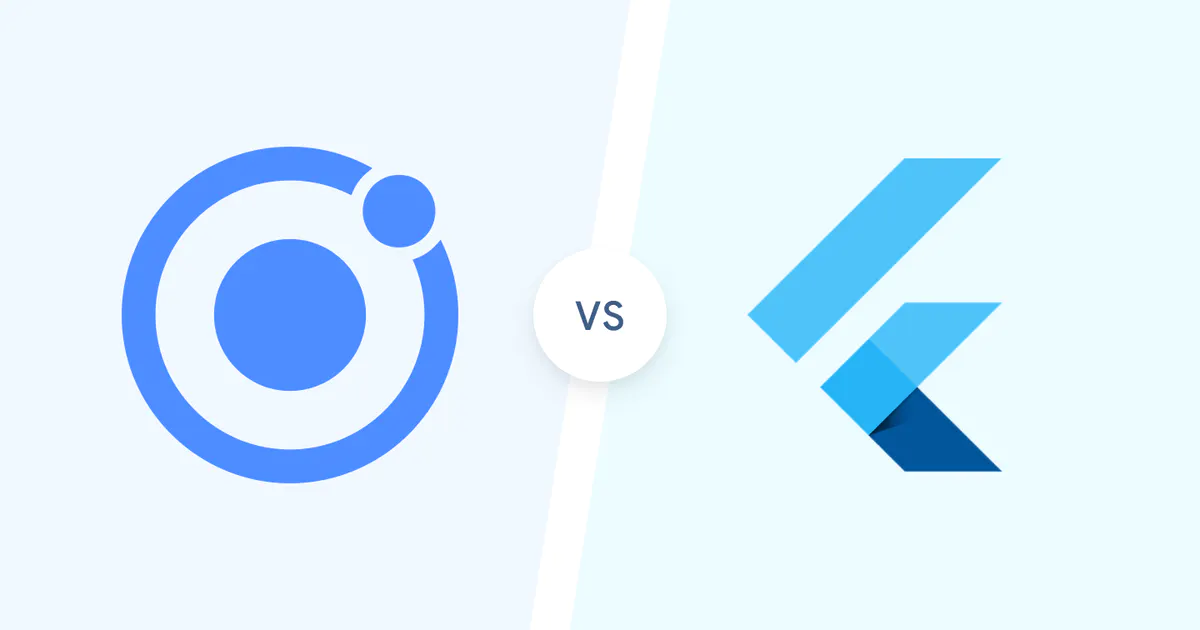 Flutter vs Ionic: Which One Should You Choose For Your Upcoming Project?

Choosing a new hybrid framework with the desired functionalities on a budget is tough. Every upcoming technology has its pros and cons and unique functionalities to offer. What you require is a comprehensive analysis of these frameworks concerning performance and user interface.

Businesses paper hybrid framework for mobile app development as the following coding principle once and deploy it everywhere. It reduces costs dramatically by cutting development time. The two most popular choices are Flutter vs Ionic. This blog describes Flutter vs Ionic from basics for ensuring you are equipped with unbiased information to make the right choice.

Flutter is an extraordinary open-source framework. It functions with Google's that language. It emphasizes an interesting UI tool kit used for building various cross-platform applications by using a single code base. Besides, it also allows developers to build flexible and impressive are having native performance.

Below are some facts about this platform:

Ionic is also an open-source UI toolkit. Nevertheless, it enables users to develop hybrid cross-platform mobile applications for the favourite mobile development using WebView instead of other native device elements. The awakening framework has the advantages of JavaScript codebases such as Angular, Vanilla JavaScript, Vue, or React. The framework of efficient performance with the latest DOM manipulation.

Pros and Cons of Flutter vs Ionic

Here are few differences in Flutter and Iconic:

For one thing, Flutter delivers improved app performance compared to its competitors. A communication bridge between their native modules is not necessary as native components are present by default. The program "hello world" was most successful at 60 FPS and only took 16 m to make the frame. A performance test. It also ensured fewer falling frames. Flutter contains a Skia visual library to ensure that the user interface is updated each time an application view changes.

Ionic is a favourite cross-platform framework that became famous in 2019. Since then, a further 53,3 per cent rise in the number of applications produced utilizing the Ionic Framework.

Ionic offers 60FPS on desktop and mobile devices compared to Ionic versus Flutter performance. A hybrid technique may be used to speed up development 2 using previously available plugins. As a result, Flutter vs Ionic performance is the interactive time of the ionic framework is under 1.8 seconds. Although Ionic is a non-native framework, it shines in enabling rapid hardware updates, pre-render and tactile actions.

Modularization in app development shows the ability or extent to work on a project by individuals with varied experiences and technical capabilities. For example, it may take a long time to construct a large application with an incoherent code structure. It enables improved accessibility to ensure the variety of staff and the partitioning of project code into distinct subsystem models. With the plugin ability, the team may create several modules and add or update the codebase.

The choice of a suitable architectural framework facilitates the process of development. It also supports apps and supports upgrades in the future. A layered architecture supported by Flutter. Simple applications based on the architecture of these frameworks start with the root function called top-level widgets. Then, it follows simple widgets that interact with a single platform while several layers are rendered. Furthermore, animation gestures will pass API calls, also named Scaffold powered by C/C++ engines and platform-specific embedders, to the application foundation.

Designers wishing to have a distinct layer and business logic can employ Flutter BLoC, an architecture that is easier to use and complex projects with simple and small components.

The Angular JS MVC — a common software design incorporating the model view controller - builds on the Ionic architecture. It is used to design beautiful cross-platform applications for all sorts of mobile devices for single and multi-page applications. In addition, the design enables several developers to work on the same project simultaneously. Thus, it minimizes the entire development turnaround time while enhancing productivity.

Irrespective of the merits and downsides of Flutter vs Ionic, you need to engage competent developers to launch a project. Ionic professionals charge $40 to $70 an hour, and their time varies according to their expertise and talents. It might cost between $35 and $65 per hour to hire a flutter app developer. However, even major BMW and Alibaba projects need less than five engineers to construct Flutter applications.

Even new coders can read code effortlessly. Furthermore, because Dart and Flutter are cheap for training costs, it is very easy to teach even new developers. However, here's a disclaimer. Experienced and professional developers may save a lot of their time by knowing just how much it takes to produce a superb mobile application utilizing Flutter or Ionic.

It is always difficult to decide on a certain framework. However, it simplifies the decision-making process much if you are clear about your company goals and user needs. However, it is better to engage specialized ionic developers if the app structure is complicated. Also, always engage a skilled team to create the Flutter application if your project has a challenging user request.