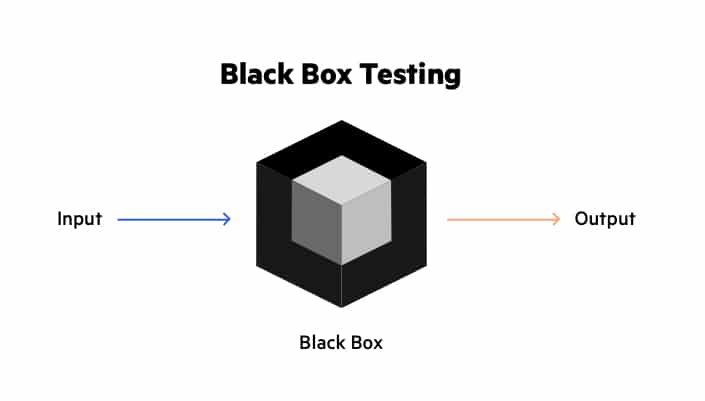 So, What is Black-Box testing? Black-box testing, or behavioral testing, is a kind of functional testing performed by a manual tester familiar with the functional requirement specifications of the software application. It includes the method of verification and validation of the functional behavior of the application after the build is completed.

This type of testing could be performed at all stages of the testing life cycle, such as unit testing, user interface testing, functional testing, integration testing, system testing, performance testing, and security testing. Now, that you know “What is Black-Box Testing?”. Let’s have a look at types of Black-Box testing.

Test cases designed for testing a system play an essential role in white-box vs black-box testing. The method by which they are created and the situations they cover should be considered. Testers could create requirement specification documentation by using the techniques mentioned below:

Equivalence testing divides the input values given to the software into multiple classes. It is performed based on the output that will come as an outcome. This technique is also known as "equivalent class partitioning." By doing this, you can conserve the effort to give different inputs. Instead, you can offer one value to the group or class to test the outcome for that group or class. It helps to improve test coverage and, in turn, reduces the amount of work. It also saves time as no separate inputs have to be given. Input for each class is enough.

The focus is on values present at the boundaries. Usually, it is because there are many issues found while testing with values that focus on boundaries. A boundary focuses on values near the boundary where the behavior of the system fluctuates. And in boundary value analysis, both inputs are to be tested.

If there are illogical conditions or decision-making steps, then this technique is to be used for a stall. It could be like this: if a particular condition isn't satisfied, then action could be taken as action b will be performed. A tester should recognize the important actions to be performed depending on the conditions. A decision table is built by analyzing these.

For example, if an odd number of vehicles are allowed on Monday, Wednesday, Friday, and Sunday, an even number of vehicles are allowed on Tuesday, Thursday, and Saturday. In this case, you will have two conditions and four actions. Condition one is odd vehicles, and condition two is even vehicles. The actions are days where these vehicles could be driven on the roads. The total number of test cases would be four, and hence the decision table could be derived accordingly.

Using this technique, the test case attempts to test the system under different states. The states could change depending on various conditions or events. When a particular event occurs, these scenarios can be tested.

This technique is essentially dependent on experience. Once a test against experience by working on any application's behavior and functionalities Then they can find a way through which many bugs can be found. By using this experience, it becomes easy for the testers to guess where the majority of developers are prone to making mistakes. This could be handling null valves, submitting the button without any values, uploading a file without any attachment, uploading a file with less or more than the size specified.

Every application is built using some objects. All objects used are noted, and a graph is prepared. From this graph relationship, every object is identified and all test cases are written accordingly.

Using this technique, different versions of the same software are used and then compared to test the entire system. The behavior is noted and compared with all versions, and any deviations are noted.

Use the case study method

Black-Box testing does not get into coding specifics. It primarily focuses on testing and validating the software's behavior and functioning. There is no need for any technical knowledge, and testing may begin as soon as the project is completed. Testers and developers can both operate in isolation knowing types of black-box testing. It is more useful for huge applications when functionality is more important than coding. It also aids in the early detection of flaws and difficulties during testing. Once the retest is completed, the system is verified again to see if any issues remain.