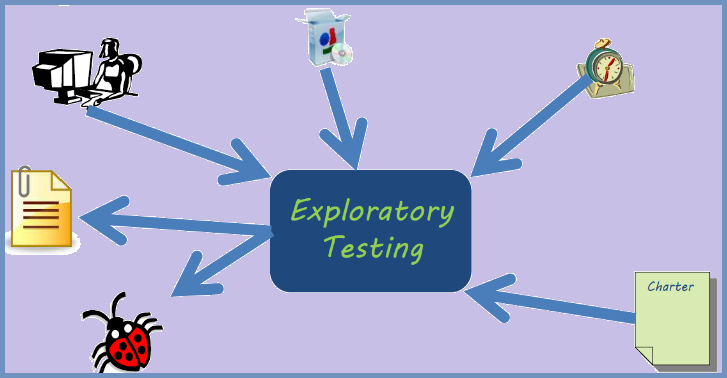 Why Exploratory Testing in an Agile Environment Is Important for Software Development?

Testers follow plans and procedures when it comes to testing software products. Nevertheless, sometimes, for identifying the text and getting feedback with minimum planning, exploratory testing is used that allows functional aspects of a product without following a stringent test plan. In this article, we will read about what Exploratory Testing in an Agile Environment is and how it is useful in an Agile environment.

Testing isn't just a phase in the development procedure. The arrival of agile methodology has now become more or less a culture where every person is prompted to test the production processes in the development cycle. During testing, a software product goes through various testing procedures to ensure that the software checks out every quality parameter defined in the preconceived test plan.

Exploratory Testing in an Agile Environment and see how it fits into agile testing environments.

What is exploratory testing in Agile Environment?

Exploratory testing is about discovery, learning, and investigation. As suggested by its name, it is about testers who explore applications to identify potential edge cases. The testers must understand the different personas that are likely to use the application. This will allow them to execute the exploratory tests with more success.

Manual Exploratory testing is a contemporary process of test designing and test execution. It doesn't restrict the user to predefined setup instructions like unscripted testing. It shouldn't be viewed as a lack of preparation, but rather as a method of not restraining the tester.

The Agile Methodology is dependent upon the core principles outlined in the agile manifesto. They revolve around adaptive planning. Early delivery adds continuous improvement intending to be able to respond to change quickly and easily. Increased demand for frequent software updates and enhancements has resulted in a requirement for fast development and continuous delivery.

The knock-on effects of Agile

The QA and development teams will have to alter as a result of the transition from Waterfall to Agile:

This last principle is critical for Agile teams to be successful. Whether it's a new feature, an improvement, or a bug remedy, every update to the application must be tested. Testing should be done as near as feasible to the moment where the development team makes the change to reduce the possibility of late repairs and additional costs. When you factor in the generic system tests that QAs must do, it's evident that Agile places a greater emphasis on the QA team, which frequently becomes an Agile testing team.

The critical role of exploratory testing

The Agile methodology and exploratory testing share some key properties. The frequent nature of development in Agile teams necessitates that the testing methodologies utilized respond quickly and easily to changes. Exploratory testing, when done correctly, is quick to adopt and fluid in its approach.

You will uncover unique and hard-to-find bugs you didn't know existed by exploring the application. Scripted testing, such as automated testing, isn't able to perform this because it follows some predefined instructions. Anything outside of this code would be missed.

Ad hoc vs Exploratory Testing in an Agile Environment isn't a substitute for automated testing. Nevertheless, it is a great way to cover critical boxes that would be mixed with automated testing alone, as well as when an automated approach isn’t appropriate.

The collective power of more heads is better than one. Diversity is essential for exploratory testing to perform well. The more diverse the group of exploratory testers, the better the results would be. Diversity brings unconventional perspectives to exploratory testing. It also means that you will be able to test a broad range of applications, therefore, reducing the risk that a critical bug goes unnoticed. There is never enough time for testing everything in agile teams. Still, exploratory testing will decrease the risk of bugs sleeping through, which affects the end-user by maximizing the QA team’s time.

Ad hoc vs Exploratory testing has as one of its primary concepts the reduction of needless documentation, which aligns with the Agile Manifesto's second value: "working software over extensive documentation."

Where does automation fit in with agile teams?

Test automation fits with the laws of agile teams. Communication and feedback from the QA team should explain when automation should be used. For example, if a tester is repeating the same regression test on multiple occasions in a short period, it should be a nominee for automation. As an agile team, it is essential to know when not to use automated testing too. One-time tasks usually shouldn't be automated.

Software development is a regularly evolving environment. Change is necessary and is the key element of a successful agile team. The best agile teams uniformly revalued their preferences and shifted their resources accordingly. Exploratory Testing in an Agile Environment is an essential component of any successful agile team testing strategy. It will support an agile team in defining and developing the application throughout its life cycle. And manual exploratory testing will ask questions about the application that scripted testing can't. This will help the development team write better code to improve the quality of the application.