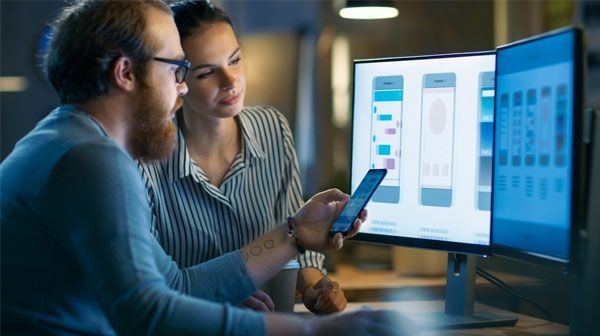 Today agile testing teams build and execute test cases in the early stages of the software development life cycle that is often referred to as shifting left. Every sprinter’s critical decisions made are moving forward at a lightning speed. Faceted quick feedback process testing Team should validate their applications end to end in a very short time frame. For maximizing with a path testing team can modernize their approach to testing for getting the best return on investment possible in the earliest stages possible.

Focusing on the API layer of application would enable our killable testing practice that could be efficiently executed as a part of an accelerated delivery process and it is a practice that could be adopted and enabled at the earliest possible stages of development, namely truly shifting that functional testing.

What is Shift-Left Performance Testing?

This approach helps companies to understand the subtle influence of new components being introduced on the overall performance of their application, allowing performance-related faults to be discovered considerably earlier in the delivery lifecycle.

Shifting performance testing to the left involves greater developer involvement from a business culture standpoint. Rather than waiting until the full program is built, development teams can usually implement optimization changes within a day of finding performance decrease.

How does the organization make Shift-left Performance happen?

First and foremost, you'll need strong organizational support. To move performance testing left throughout the organization, it's critical to approach quality as a process rather than a response. Because performance testing and the accompanying development time come at the cost of implementation, which may slow down the development cycle, product managers are essential actors in this process.

PM teams must understand why this process is taking place and how it benefits them by reducing hotfixes and improving performance.

Next, setting SLAs at the component level, rather than only at the application level, allows for earlier feedback and helps developers understand the impact of code changes on the particular components they're working on. Stakeholders will be able to learn more about hotspots thanks to this comprehensive performance testing.

It's critical to shift as much of your testing practice as possible away from user interface testing and toward automated tests like API and database tests. Apart from being more maintainable and scalable, these sorts of testing techniques may be used right away in performance testing, can detect the core cause of performance issues, and are extremely robust to change.

Finally, companies must include performance testing into the development process such that simple smoke tests are run immediately after code check-in and a full suite of performance tests is run nightly. This necessitates the consideration of hardware. Because automated performance tests demand more computer resources than functional tests, development teams must plan accordingly. One of the main factors in moving to performance test automation is determining whether the existing performance infrastructure matches the shift-left method or requires change (i.e. cloud agents).

Developers are in charge of their apps' performance. Developers must use microservices, REST/SOAP APIs, and modular design architectures to construct applications that are suitable for performance testing. This allows individual parts to be load tested as they are created.

Testers may link their test cases to the application's main workflows so they can be used in the performance testing process. Focusing on the application's API levels makes it more adaptable to change and maintainable. Both teams use reports that are outside of the application's SLAs to identify issue areas based on recent code check-ins and determine which components need to be optimized.

What tools do you need to enable Shift-Left Performance?

It's vital to pick the proper tools for a shift-left performance testing procedure but it's even more important to use them in automated processes. Early-stage performance testing is typically done in pockets, with clever testers and developers devising ways utilizing a range of free source and commercially accessible technologies, but it's often missed since it's not incorporated into the overall automated process.

Instead, testers should use specialized commercial tools that allow them to automate the creation of performance tests. Similar technologies may be used by developers to optimize their efforts or to write low-level scripts that drive automation and load. So, what are the tools you'll need?  The following tools make maintenance easier, allow for centralized management, and give an intuitive user interface for understanding outcomes.

This not only ensures that technological selections can be easily evaluated for shift-left approach in performance testing deterioration, but it also results in a more performant product overall by optimizing each specific area and laser concentrating on performance.